AND IT WAS ENOUGH

This is a remarkable passage, and you might want to start out by admitting that to your parishioners. It’s found in all four of the Gospels, and twice in Matthew and Mark. No other story is like it in that regard. (Two of the Gospels have birth stories, only one has the story of Lazarus being raised from the grave, only one has the story of the Prodigal Son, etc., but this is in all four and repeated in two.)

Why is that? There are (at least) two options. One is that Jesus only fed people once, but that the communities of the evangelists were so overwhelmed and taken by the experience that they reproduced the story six times in the four Gospels. Another is simply that Jesus spent far more time feeding people than we have historically given him credit. Either one of these presents a challenge to the reader, interpreter and our churches. (There are, of course, more explanations, and some more nuanced than these, but both are at least credible.)

Start your sermon with some background that leads up to the story: John was just executed as a terrorist by the authorities because they thought that he was inciting people to riot against the empire (which was not an outrageous assumption, by the way). After Jesus hears of this, he goes off on a boat trying to get to a “lonely place by himself.” This was possibly to pray (though Matthew tends not to talk about prayer), or possibly for fear of Herod who had just assassinated his cousin for doing things not unlike what he was doing. However, the hills soon filled up with people who had heard stories about him, and they all came out looking for him. Was their arrival a testament to his charisma? Reputation? Who knows.

The numbers are interesting. They could be as high as fifteen to twenty thousand if you note the fact that the number crunchers in those days would not have counted the women or children, which could possibly have doubled or tripled the attendance. Matthew in fact hinted at that when at the end of the story he added, “And those who ate were about five thousand men, besides women and children (14:21)[a]

Of course, by the end of the day, everyone winds up hungry. The disciples had only packed a basic peasant’s lunch of a few loaves and fishes, so what should they do about the others? When Jesus asks about it, they defaulted to a plain market-based answer. They said, send the people into the towns, and let them buy their own food. That, of course, was impossible. For one thing, most were poor and sick (and homeless) or else they wouldn’t have been out there following Jesus in the first place.

As it happens, homelessness and extreme poverty were at crisis levels in Jesus’ day. The transfers of wealth out of the poor regions and into the wealthy ones had decimated the rural areas where Jesus did most of his ministry. For them, this wandering prophet was a rare possibility for hope. Today, our structures for aiding those in need have been constantly weakened for decades. But even with that, they are still far better than the near zero government aid of the First Century.

The “free market” was (and is) simply not a mechanism to handle poverty and hunger. One of the findings of Thomas Pickety’s recent book, Capital,[b] is that left to its own devices, economies based on markets alone will always create greater and greater inequality and more and more poor people. The only countries that have contradicted this trend are countries that have instituted policies to circumvent it, that is, countries that put higher taxes on the wealthy and higher supports for the poor. One country that illustrates this is Brazil that in the early days after it became a democracy, increased taxes on its wealthy and benefits for its poor. And, in spite of a truckload of other problems that need to be addressed, inequality went down and the income of the poor went up.[c] Conversely, in the US, for the last thirty years, we have been cutting taxes for the wealthy and cutting benefits for the poor, and the result has been an increase in poverty and an increase in wealth inequality. Studies in the US have also found that increases in food stamps have the greatest impact on stimulating economic growth, while cuts in taxes have the least. In other words, our present generations-long model of economic development has in fact increased inequality, not decreased it.[d] The two are related.

So, what did Jesus do?
Jesus responded to their “market-based” response to his question by saying that the hungry people around them don’t have to go away. You (the disciples) will just feed them. They complained (slightly) about that, saying, but, all we got is these three loaves and two fishes. What we have is not enough.

You might stop here and say that it’s interesting to preach about these stories in the Bible of feeding the hungry because here in the US we have an epidemic of obesity. Back during the Obama administration, when Michelle Obama began her “Healthy Eating” program, and several school systems started instituting healthier foods, some Republican parents got angry (not that there’s anything wrong with being a Republican, but it was only Republicans who got angry). They were quoted as saying something along the lines of, “this is a free country and the government has no right to tell our kids not to gorge on sugar and fat if they want to.” I might have paraphrased that a little loosely with a bias in the wording, but that is still pretty much their argument. Meanwhile while American kids get wider and wider, we can watch TV every night with videos of Darfur, Sudan, Niger, and others in Africa starve.

You might also want to note here that the logo for the Christian world hunger organization, Bread for the World, is the loaves and fishes, and that this story is where it came from.

So, the disciples worried about how little they had to offer. “There are so many of those people down there,” they might have said, “and our resources are so tiny.” Jesus responded simply: Bring me what little you have and let’s see what happens. So, he took the bread and broke it and blessed it and gave it to his disciples and they distributed it all to the crowds.

And at the end of the distribution, all were fed, all were filled, and they had twelve baskets of leftovers.

Now what?
One way to look at this brief exchange is to say that the disciples were thinking out of a theology of scarcity: we don’t have enough to go around. We can’t feed all of those people with our meager provisions. Somewhat similar to the comments we hear so frequently today, that America (the richest country in the world) is so poor that we cannot afford to care for the poorest people among us. We should quit all of those social programs for poor people because we can no longer afford them. We’ve had so many tax cuts and so many wars that we are deeply in debt. We just don’t have the Federal resources any longer to keep so many people on Food Stamps (SNAP) or WIC, or School Lunch programs, or the Earned Income Tax Credit (though that last one was instituted by a republican President and seems to maintain modest but fairly non-partisan support). We can’t feed those people the disciples said, because as a community we don’t have the resources to do it.

Jesus on the other hand, had a theology of abundance: that is, share what you’ve got because ultimately God provides everything anyway.

It is, of course, true that you can’t feed everyone. It’s true that there will always be suffering. It’s true that you’ll always have children going to bed hungry every night. (Here might be an appropriate place to share statistics from the Children’s Defense Fund on the rise of childhood hunger and poverty in America.) You can’t make it go away. You can’t end it for everyone, everywhere, forever. Jesus certainly did not feed all of the people in the world, nor did he try. But that is no reason to do nothing and let those whom you can save die.

Possibly tell the old, old, story of the starfishes on the beach. The guy was on the beach after a storm rescuing them one by one. A friend came up to him and said “you can’t save them all. Why are you out here? You can’t make a big difference.” The man said back, “Yes, that’s true, but it makes a pretty big difference to this one,” and he threw another back out into the water.

I was changed by that question. And I’ve never gotten over it. And I never looked at the Bible or my role as a Christian the same way ever again.

Do we have enough money to change the community? Do we have enough people to spread the word about the gospel? Maybe not. But we do have a theology of abundance that says that we do what we can do and in the end we will see a miracle.

Text and Exegetical notes:
Matthew 14:13-21
Feeding the Five Thousand[e]
13Now when Jesus heard this,[f] he withdrew[g] from there in a boat[h] to a deserted place[i] by himself.[j] But when the crowds[k] heard it, they followed him on foot from the towns. 14When he went ashore,[l] he saw a great crowd; and he had compassion for them[m] and cured their sick.[n] 15When it was evening,[o] the disciples came to him and said, “This is a deserted place,[p] and the hour is now late;[q] send the crowds away[r] so that they may go into the villages and buy food for themselves.”
16Jesus said to them, “They need not go away;[s] you[t] give them something to eat.”
17They replied,[u] “We have nothing here but[v] five loaves and two fish.”
18And he said, “Bring them here to me.”[w]
19Then he ordered[x] the crowds to sit[y] down on the grass. Taking the five loaves and the two fish, he looked up to heaven,[z] and blessed and broke the loaves, and gave them to the disciples,[aa] and the disciples gave them to the crowds. 20And all ate and were filled;[bb] and they took up what was left over of the broken pieces,[cc] twelve baskets[dd] full. 21And those who ate were about five thousand men, besides women and children.

.The Fire on Poteau Mountain: Stories 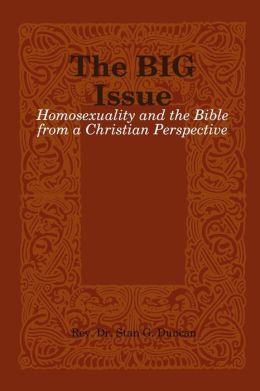