Who Were Those Guys?

Matthew 2:1-12
“In the time of King Herod, after Jesus was born in Bethlehem of Judea, wise men from the East came to Jerusalem, asking, “Where is the child who has been born king of the Jews?

Who were these guys that they would travel so far and for what?

They were not kings.

That was part of our mythology about them. But it was made up only a few hundred years ago to make them look good. It wound its way into the hymn, “We Three Kings of Orient Are.” But there is no evidence in the Bible itself that they were ever kings.

Or that there were three of them, or that they were even “wise.” When you think about it, they got lost along the way and had to go to Herod to ask directions.

(You know the old joke that if women had gone instead of these guys, they wouldn’t have gotten lost, they would have asked directions sooner and would have brought more practical gifts--maybe a couple of casseroles and some diapers, for example)

And the fact that they actually went to Herod, the sitting King of the Jews in Jerusalem and said, “where can we find the new King of the Jews?” Are they stupid or what? There’s no way that Herod could have handled that. Even if Herod was a sweet heart of a King, that wouldn’t have gone down well (and he wasn’t).

So, who were they?

The Bible actually doesn’t even say that they were wise, at least not in the way we usually think of that. The word we usually translate as “wise men” has nothing to do with someone being wise or even being men. The rare obscure word that Matthew uses in his Gospel (the only gospel that mentions them) is not “Wise men,” but “Magi,” which is the same word from which we get “Magician,” and that is about the only clue we have today as to who and what they were. “Magi” were usually fortune tellers in those days, soothsayers, Astrologers, dream interpreters, etc. One interesting thing is that they came from Persia, and the magi order in that region allowed women to join. That means that, contrary to our image today of three solitary men on camels, there is a better-than-average chance that their caravan had a few women along as they traveled.

So, they weren’t kings, they weren’t always smart; and some were probably not men (which may work against the joke about not bringing casseroles).

But who were these guys?

In the time of King Herod, after Jesus was born in Bethlehem of Judea, wise men from the east came to Jerusalem asking where is this child?

Surely they couldn’t have been the only ones to have seen the star.

I saw this piece on TV a few years ago (Nova, I think) where they were going through several different theories of what that star could have been. One was that it was Haley’s comet, which was supposed to have been in the sky at roughly the same time as the star of Bethlehem. That could have been it. Another was that it was a super nova that exploded just at about that same time period (give or take a few years; nobody know for sure). Or another theory is that it could have been a convergence of Jupiter and Saturn together to make one gigantic bright spot in the sky. There was a bit of lore at the time that Jupiter represented royalty and Saturn represented the Jews, so if those two stars came together and made a big burst of light, the conclusion to anyone seeing it would have been that something pretty big and significant was going on. Maybe even something about a "king" of the "Jews." Those who know more about this stuff than I do believe that that was probably what they saw up in the sky, and was probably what drove them to go searching to find something at the end of the star.

But was it? That makes a lot of sense, but only a small handful of these “Magi” actually made the journey across the dessert to this little tiny town in southern Judah. Presumably most of the others stayed home. So, our three (maybe more) guys (with maybe women) were not the only ones to have seen the star. They were just the only ones wise enough to follow it.

In the time of King Herod, after Jesus was born in Bethlehem of Judea, wise men from the east came to Jerusalem asking where is this child? (Read it thoughtfully, as though trying to puzzle through the mystery)

So, if the star was all that big and all that obvious, then one question I keep asking about this story (and one which has some resonance for us in the present day) is, why was it that some people got it and some didn’t?

What makes some people see a star and immediately pack their bags and head across the dessert for Bethlehem looking for a savior? Why is it that some people can see the brightest light of all lights shining in the sky and be torn from their ordinary hum drum existence and be driven to go and look for something they truly believe is so important that it will change their lives—and change the world. And yet others will see the same star the same night, in the same way, and look up and say, “well, yes, that was nice, now let’s go back inside to catch the start of the third season of 'Downton Abbey’”?

The wise men (Magi) were hundreds of miles away, but they got it. When they got to Herod’s court, he asked his scribes to root around in the scriptures to see what they could find and lo and behold they found this old prophesy in Micah saying that the Messiah would be born in Bethlehem. But why didn’t the scribes “get” that on their own? Even if this Jupiter and Saturn thing wasn’t the star they saw, whatever it was still had to be huge and visible from several hundred miles away. Why didn’t the wise scribes in Herod’s court who had access to the ancient scriptures, and their own eyes in the skies, see something up there and try to and understand it? It told these foreigners something, but not the local preachers and priests.

There is a very interesting story in the twelfth chapter of John that takes place while Jesus is praying. It’s towards the end of his life and he’s talking to God about his death. There are people standing nearby and they see him doing it. They hear his words and they evidently can even hear God’s words back to Jesus because they comment to each other about the sound. Some of them see Jesus praying and they hear God’s voice, and they look to the sky in awe and say, “he must be talking to the angels.” But others, standing in the same place, hearing the same noises, and seeing the same sights, say, “naw, that noise is just thunder.”

There was magic and mystery and the very voice of God in the air, but why do some “get” it and some do not?

There was a time a few years ago when I was visiting some good friends up in New Hampshire. They took us on a long hike up a mountain near the town of Meredith and at the very top of it we stopped and had a picnic on a large flat stone that overlooked the valley down below. We were awestruck and silenced by the majesty and beauty of the face of God all around us, infusing us with a spirit of magic and mystery. And all the while that we were up there, on this beautiful mountain, there was another person down off to the side of us who spent all of his time trying to get his smart phone to work so he could check his emails while they ate.

A few years ago I was living in St. Louis, and pulling into the parking lot of a Grocery store and someone was on the radio interviewing someone else who had just written a biography of Thich Nhat Hanh. I sat there fascinated for a half an hour just listening to stories about his life. He told a story of the first time, years earlier, that he had ever come to the United States. He was going to give a talk to a group of spiritual leaders in New York City. Hundreds of people showed up. It was a big hall.

He walked out to them all after the introductions and said “first of all, before we can begin, we need to center ourselves, so that we can hear with not just our ears but also with our souls.” He said “So, we will close our eyes but open our ears and listen to our bodies until we are ready.” And then he was silent. He did that for about ten minutes. And when he finally opened his eyes he looked out and he saw that he was the only person left in the room. He turned and said to his host, “there is much work to be done here in the US.”

Are we able to hear and sense the presence of God? Are we ready to see the star that leads to a savior and follow it? Are we able to see it a midst all of the other clutter and rubble that surround us? Can we look through the jumble of life and busyness and schedules and classes and tasks and demands and needs and shortcomings to be still and know that God is God?

In the time of King Herod, after Jesus was born in Bethlehem of Judea, wise men from the east came to Jerusalem asking where is this child?

Are we ready to come? 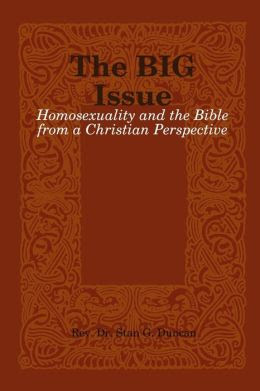